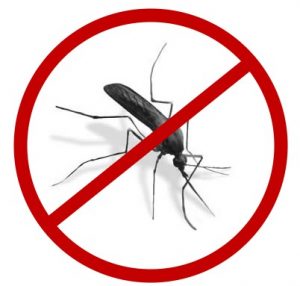 For quite a few years now the Snake Island Cottagers Association (SICA) has been implementing a program of mosquito control on the island through the application of BT in as much of the standing water as we can access to inoculate with the larvacide. Cottagers have generally complied by assisting in the inoculation process annually and spreading it in their respective cottage areas. Some years the practice has been more effective than others but all can agree that the mosquitos are definitely less evident than they were before this practice was initiated. Nevertheless it can definitely be improved and perhaps a little better understanding of mosquito biology and how to improve the efficacy of the larvacide treatment is in order to achieve the result we all want… a Snake Island with no biting insects!

Mosquitos need standing water to lay their eggs and provide a brief home for the larvae before they emerge as pesky blood suckers. Even a small volume, like a teaspoon of dew, can harbour the larvae so imagine the opportunities they find around our cottages with plastic toys left in the yard, tarps on wood piles, uncut car tires, garbage cans, puddles in the road, eave troughs and, of course, the nearby swampy areas in the interior of the island. Generally mosquitos spend their lives within about a 100 m radius of where they hatched so dealing with all the potential water holding places in the immediate vicinity of your cottage is a priority for each of us.  And it is probably a good idea to be vigilant about the compliance of your neighbours in mitigating the opportunities for mosquitos so help each other out as much as possible if you notice a car tire or plastic tarp filled with water.

The larvacide treatment is not permanent as you may know so we have to repeat it annually. Larvae can be reintroduced by birds periodically and they are remarkably persistent in the soil or duff layers near wet areas. If we get an unusually large rainfall, for example, the level of small puddles can rise and dormant mosquito larvae previously (even years ago!) deposited there will be revived by the water to emerge shortly afterwards.

The larvacide itself has a few limitations on how effective it can be. As noted above a big rainfall a week or two after the initial inoculation by cottagers means that potentially a whole new population of mosquitos not affected by the initial treatment will emerge. So redoing the treatment is a good idea in that case. Also, if the temperature falls to 5-10 degrees as it often does in the early spring, the treatment is a lot less effective than it could be. At 25 degrees BT is about 10 times more effective than it is at 5 degrees. The concentration of BT in the water also impacts how effective it can be depending on the concentration of the larvae. The more water and the more larvae, the more BT is required. So be generous in larger water sources like swampy areas whereas a smaller quantity can be effective in tires and little puddles around the yard.

It is my general feeling that we have become less efficient in controlling mosquitos on the island in recent years than we used to be. I’m not sure if it is a general lack of awareness by newer cottagers or poor efficacy due to some of the factors mentioned above. This stuff really works if it is used properly and the opportunity to very substantially impact mosquito populations on the island (by over 90%) is certainly available to us since we are at least a kilometer from the mainland meaning that wind and birds are the only sources of reintroduction of the critters. BT can definitely handle the challenge.

As you can imagine the amount of information available on the internet on this subject is more than any of us can consume in a lifetime but if you want to dig a little deeper into certain aspects like environmental sensitivity: http://www.biodiversitylibrary.org/content/part/JAMCA/JAMCA_V08_N3_P285-289.pdf or ecological safety:http://www.entomology.org.il/sites/default/files/pdfs/IJE-1998.Becker.pdf these are some sources of published articles that can get  you started.  Or you can contact me at any time.